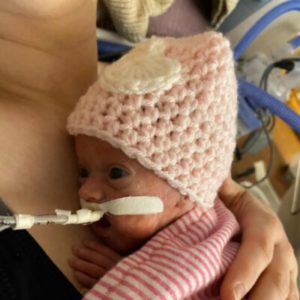 Mindy and Adam were beyond excited to learn tell their son, Abel, that he was about to become a big brother to identical twin sisters!

However, the excitement quickly turned to fear. Just before Christmas, Mindy was diagnosed with stage 1 Twin to Twin Transfusion Syndrome, or TTTS. If this were to fully progress, it is almost always fatal for both babies. After this diagnosis, they turned to experts at Cincinnati Children’s in Ohio for a laser surgery. Since the surgery is minimally invasive, patients are normally released home after 4-5 days if stable.

Adam and Mindy though they would be leaving for a week. They traveled eight hours to Cincinnati just a few days after Christmas. After multiple scans on Mindy and the babies, doctors determined that Mindy wasn’t a candidate for the surgery because it could cause her to go into labor.

The next best treatment would be to try and buy more time with her pregnancy by removing excess fluid. But first, doctors had to stop Mindy’s contractions that she’d previously been told was simply back pain. She was admitted into the hospital and doctors were able to stop the contractions and successfully remove 4.2 liters of fluid on New Year’s Eve. Mindy could eat, drink, rest and breathe again.

However, during her next ultrasound a few days later, doctors found new issues that are commonly caused by a fluid reduction and felt it was too risky for her to travel out of town. Mindy remained admitted on bed rest and Adam and Mindy realized they would need to be in Cincinnati not only until delivery but also however long the girls would be in the NICU.

Over the course of the next 27 days, there were countless ups and downs including another 5.2 liter fluid removal and multiple scares with contractions and transfers to labor and delivery.

Finally, just before lunch on January 27th at 28 weeks, Caroline Ruth and Catherine Ellis were born and taken to the NICU. Catherine was brave and beautiful at 2 pounds 13 oz. However, she passed away in her mom’s loving arms early the next morning due to heart issues caused by TTTS. Sweet but fierce Caroline weighed just under 2 pounds when she was born and is still in the NICU fighting for every tiny milestone.

A week after Mindy’s discharge on January 29th, Cincinnati’s Ronald McDonald House had a room available to welcome them. Staying at RMH meant they could remain near baby Caroline without worrying about where to sleep, what to eat or how to bathe or launder clothes. RMH has truly been a God-send and such an answer to prayer.

Caroline has a fight ahead of her. For now, Adam, Mindy, baby Caroline and big brother Abel call our House “home” while far from their own in Mississippi.

We are all together now that Abel can be in Cincinnati, too. Abel absolutely LOVES staying in the House with all of the toys, the playrooms and the fish. I think getting to visit the toy closet is one of his favorites, too. We are so comforted by his company. Thank you again for all that you do and for all the RMH represents. There is no way this side of Heaven that we could repay for this blessing. The words “thank you” seem so inadequate, but we say them, so sincerely. – Mindy 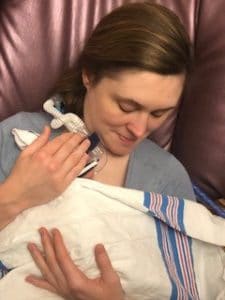 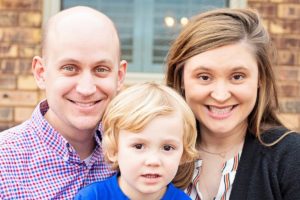 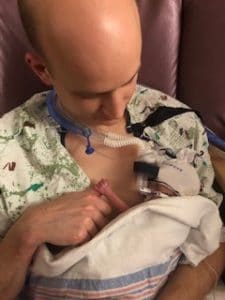 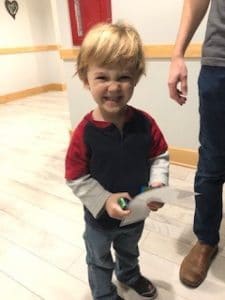 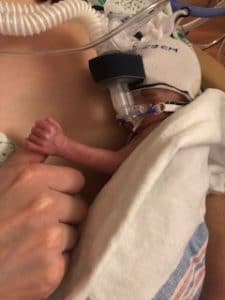