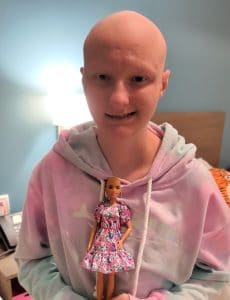 Sydney has been sick since she was four months old and she just turned 18. Her internal organs such as her colon and kidneys don’t function as they should. An experimental treatment for her anemia caused her really long, thick hair to go away. It sent her into full Alopecia.

Several years ago, Sydney’s health took her family to Columbus, OH and then to Charlotte, NC. During a three-week period of time, doctors performed three surgeries to try and save her colon. In October of 2020, the three surgeries failed.

In April of 2021, doctors sent Sydney to Cincinnati, OH for expert medical care. Testing showed they wouldn’t be able to save her colon or get rid of her colostomy bag. Her skin breakdown was so bad that all they could do was try moving it to the right side from the left side.

During her life, Sydney and her family have stayed at five different Ronald McDonald Houses: Winston-Saelam, Columbus, Atlanta, Charlotte and Cincinnati. While talking about how the House helps, Sydney’s mom Nancy shared this:

“It’s so much more a feeling of stability to be able to stay here vs a hotel. It feels safer and it feels more like home. It’s really hard being this far from home. It took us fourteen hours to get here and it’s just a long way from home. We don’t know anybody here. It is so nice to meet other families who have been through the same thing or at least understand, because most people don’t. It’s really nice to have this family.

We’ve met families over the years that feel more like family than some of our own. It’s nice to have children who understand because she doesn’t know anybody who has what she has. The little things that the House does mean so much. Whether it’s a coloring book or a doll, that means so much. To us, this is home, this is normal. Like the Barbie she got here. She loves Barbies and was so excited to get this. People don’t realize what they’re doing for the House when they donate. It’s the little things that mean so much.

From the welcome blanket on the bed to a little note in the mailbox…. those little things make her so excited. It really makes a huge difference.

The struggles we have are defiantly different than most people. She’s with us most of the time. We make the best of every single day because you just don’t know what tomorrow might bring. There are days that are just so hard. But she is our tough cookie. She is a fighter. She’s going to fight through whatever it takes. We make a memory because those memories mean so much.”

On behalf of all of us at Cincinnati’s Ronald McDonald House, thank you for the “little things” that are not so little. The moments you make possible with your generous support mean more than you know to families like Sydney’s. 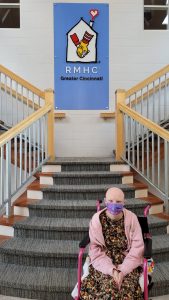 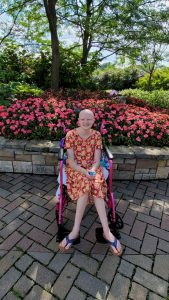 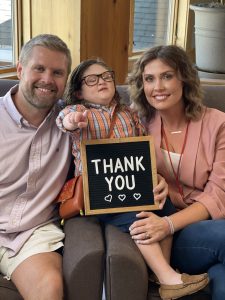