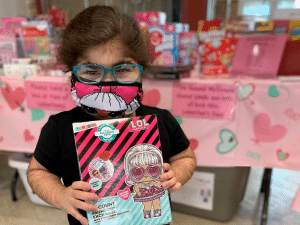 Valentina’s mom, Pauline, shared their journey with us. Valentina is young, but incredibly strong. Here is what Pauline wants you to know about her daughter:

“We are from Puerto Rico. Valentina’s journey started at 10 months old after a common cold. A week later, she started developing rashes and fevers in the mornings and afternoons. After a week without improvement, we went to the ER and they decided to keep her in the hospital to see what was causing her fever and rashes. We did so many tests, ruling out all types of different diseases. After eight months, we had the official diagnosis of SJIA/MAS. Systemic Juvenile Idiopathic Arthritis/Macrophage Activation Syndrome is a very rare type of arthritis. With that diagnosis, we have been in the hospital so many times in the past seven years and tried so many different treatments without being able to control her disease.

Then, about four years ago, one of her doctors noticed that her fingers and toes were showing clubbing, a symptom associated to heart and lung diseases. After a very long and difficult hospital stay and without knowing what was causing the clubbing, we decided to go to the Arthritis Foundation Juvenile Conference where a doctor that specializes in SJIA/MAS research from Cincinnati Children’s was speaking.

At the conference, we met a lot of families dealing with this disease. They all said, “You need to go to Cincinnati so they can evaluate her and help you understand what is happening.”

A year later, we were at Cincinnati for our second opinion evaluation and a possible lung biopsy.

In that visit, we confirmed that she was presenting a very rare lung complication called ILD/PAP(Interstitial Lung Disease/ Pulmonary Alveolar Proteinosis). After that visit, we decided to come to Cincinnati once a year for follow up evaluation since they are the more experienced team regarding SJIA/MAS-ILD/PAP.

A year after Valentina’s new diagnosis, we found out that her disease was still out of control and her lungs were worse. At this point, the possibility of her being a possible candidate for a bone marrow transplant (BMT) was in the picture. Her team decided to try one more treatment option, but time was running out.

Then, COVID-19 began and our annual appointment with her doctors had to be a phone call. We let them know that the new treatment wasn’t working as expected and we had decided to take the next step: evaluating the BMT possibility.

They told us that we needed to travel for her to be evaluated. Our visit was delayed because all of us tested positive for COVID. Thanks to God all of us did well without complications, especially Valentina. It has been over a month now, and we are waiting to hear the results of the evaluation and if we will move forward with the BMT.

Our journey has been tough, especially at the beginning, because we are always worried and frustrated.

Making the decision to proceed with a BMT evaluation was very difficult because of all the risks that are involved. Talking to another mom that went through the same situation helped me process the idea.

On top of everything last year with the pandemic, we had to adjust again to a new normal. At the beginning, it was hard but as time passed, we got used to. Traveling was one of our biggest fears but thank God everything went well. And now, adjusting to being away from home and my son for so long, the weather, not being able to work, not being able to go out as we used to and so many little things, that is taking some time to get used to.

We heard about the House for the first time in our first visit to Cincinnati. The Ronald McDonald House for us has been a blessing! Right now, I am on a medical unpaid leave and my husband’s workload got impacted by the pandemic, so the financial aspect of this visit is a very important issue for us. Being here at the House has been a relief because we don’t have to worry about the lodging, food and transportation costs and we can focus on Valentina’s medical care. We will always be grateful for all the help you brought to us.

To the people who donate, I would like to say thank you because your donations help families get through these difficult times. And especially for the kids, the donations makes their journeys much easier! 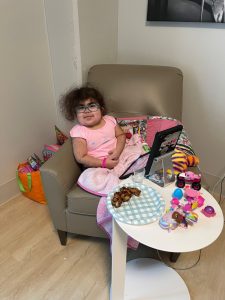 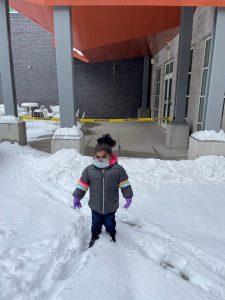 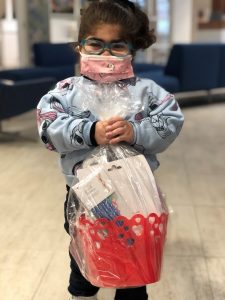