Blake has been traveling to Cincinnati for medical care since he was three months old. That drive from his hometown in Leavittsburg, OH takes about four and a half hours and he has done it at least twice a year for twelve years.

Blake was born with a genetic disease called Alagille syndrome, where abnormalities in the bile duct cause damage to the liver. It was inevitable that he would one day need a liver transplant. To get the best care for his rare disease, Blake and his family regularly consulted with a team of specialists in Cincinnati.

“Every six months, we drove four and a half hours for checkups. But in January of this year, Blake started to go downhill fast. He was added to the liver transplant list in April. When we came for his appointment on June 3, he was so sick that he got admitted. He hasn’t seen his dad and two sisters since then.”

Blake’s mom received the call that her son would get a new liver on June 24. The complex surgery took 11-hours and doctors counseled Blake and his mom that recovery would take time. They wanted him to remain close to the hospital so they could better support his recovery. Luckily, Blake and his mom had a room at our House.

“The House is more of a home-like feeling. You don’t have everyone bugging you like you do at the hospital! The meals are awesome; we love everything we’ve had so far. I would want the donors to know their donations are helping everyone out. We are all confined and can’t go anywhere. The House supplies us with so much stuff. We are so thankful.”

Blake enjoys visiting our fish tank and watching the construction of our new tower being built right before his eyes. He also is a huge fan of the garlic bread we serve with meals! Blake misses his dogs, his family and his wish is to be back home for his birthday at the end of August. While doctors aren’t sure if he will be ready, one thing is for sure: we will be here for him until that day arrives with your support. 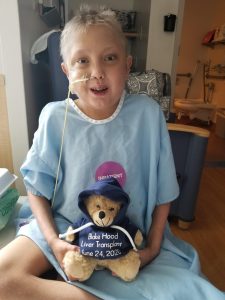 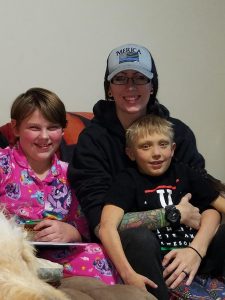 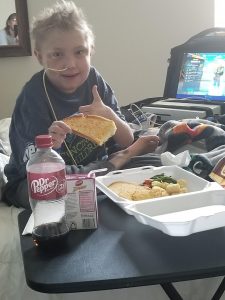 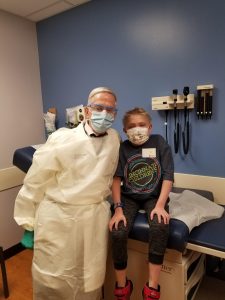 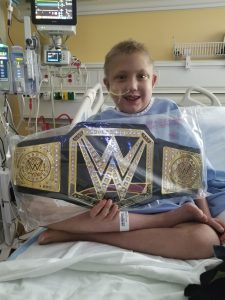