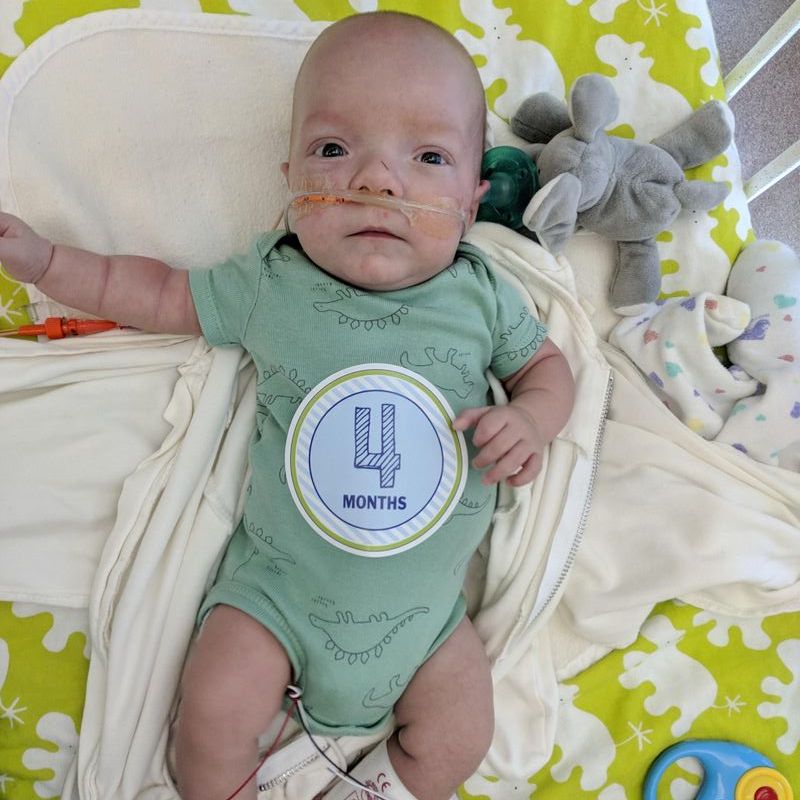 In October, Travis and Abby Magoto were hoping to extend their family of four. Exciting news came in October of 2018 when they learned that they were expecting TWINS! Two baby boys would be joining their family, and they couldn’t have been more thrilled.

However, in December of 2018, the Magoto family was hit with devastating news: one of their baby boys had fetal hydrops, a response to something that is wrong in a fetus and he would not live. Doctors explained that since the boys are identical and share veins through the placenta, their other baby boy’s life was in danger. The Magoto family was given the advice to seek expert care from doctors in Cincinnati, so that is just what they did.

The lives of Abby, Travis and their two children, Claire (6) and Andrew (3) was about to changed completely. Experts explained that Abby needed to be in Cincinnati at least two times each week. Making the three and a half hour drive was difficult, but vital for survival. In Cincinnati, doctors thought perhaps a surgery they do for twin to twin transfusion might work to help separate the boys and keep both from losing their lives before their first breaths. This decision would need to be made by the time Abby as 27 weeks along in her pregnancy. At 26 weeks and 5 days in, she had the surgery, but it was unsuccessful.

At 29 weeks and 3 days in, approximately two weeks later, Abby was in for an appointment and the heart monitors showed that they were losing their other baby boy. An emergency c section was done and both babies were delivered within 13 minutes.

Baby Elijah was born weighing 2 lbs. Mom and dad got to see him for a brief hello before he was whisked off to the NICU at UC Hospital.

Baby Isaac, however, had no heartbeat. Abby and Travis were able to hold him and say hello and goodbye at the same time. Needless to say, the emotions were overwhelming this family during the most difficult time in their lives.

As they were living the worst moment of their lives, Travis received a call that Cincinnati’s Ronald McDonald House had a room open for their family. A bit of hope at a time when they needed it. 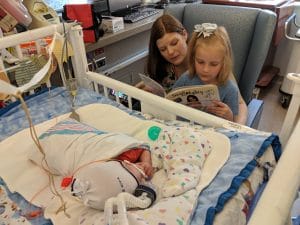 Over the next several months, they struggled and rejoiced. They held a funeral for a baby and celebrated milestones for another. Abby was only able to travel home for four half days since their journey in Cincinnati began. One was to bury Isaac, one was to switch her winter clothes for summer clothes, and one was to console her daughter, Claire, who was having a hard time with separation. Travis and the kids visited as often as they could, but he needed to work. However, the time they are able to spend together in our House as a family has made this nightmare somewhat bearable.

Eli battled chronic lung disease, multiple infections, had a few blood transfusions and had his right lung collapse a few times among other complications.

When he increased his eating and got down to minimal oxygen support, doctors allowed him to go home. Although they will be back and forth for quite some time, the Magoto family has two things: hope and each other. Abby shared this about their stay in our House:

“No child should ever have to face a critical illness but, unfortunately, too many do. The RMH allows families like ours to stay together during this rough time. It gave us a place to stay, but it has also given us support, hope and reasons to smile every day. When we came to RMH, we were just hoping for a room our family could use when we weren’t at the hospital. What we got is so much more than that. I honestly don’t know what we would do without the hope and support RMH provides. This is such a special place – thank you for supporting it!”

The Magoto family has endured tragedy and devastation. They have faced their worst fears and lived a nightmare. However, thanks to the generosity of others, they have been able to get through it together, in a room at our House. After 191 nights, we wished them a fond farewell and we will anxiously await their return checkup visits! 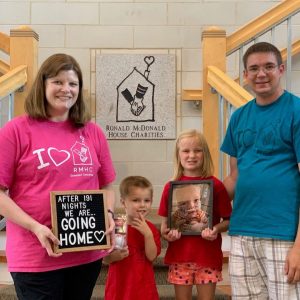