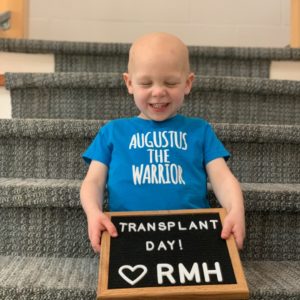 By the time doctors knew what was wrong, Gus had tumors everywhere but his hands and feet. He was two. Gus’s parents, Kayla and Chris, faced their worst nightmare: Gus had stage 4 neuroblastoma. Their lives changed forever on June 14, 2019.

Gus needed to begin treatment immediately. His family learned about a neuroblastoma specialty team at Cincinnati Children’s. Far from their home in Austin, Arkansas, they knew it was necessary to save their son’s life. This team would lead them through an overwhelming schedule of surgeries, stem cell transplants, chemo and immunotherapy. With so much to manage, Gus’s family couldn’t fathom also trying to figure out where to live. They turned to our House. Kayla explains:

“We were in a hotel for a month while waiting to get in to the House. Now that we’re here, we realize there is a community here where you can meet other parents. Not having to worry about food is such a huge relief when we’re going through so much with him. It’s been great. Getting in here has just been so nice. We call it his “Cincinnati home.” He really likes it and it’s been wonderful. We’ve met other families with his diagnosis. I’m pretty close with three families and all three kids have gone different paths. Gus loves the toy rooms and the therapy dogs and seeing other kids. At the hotel, we never saw other kids. Being here, he loves seeing other kids. The staff always interacts with him and he loves that.”

Gus had his first stem cell transplant and will remain in his “Cincinnati home” until it’s time for his second transplant. While they remain far from home during this difficult time, Kayla wanted to share this with all of you who support our House:

“Words can’t even describe how thankful I am. Whenever I think about how much money it takes to run a place like this, especially on the scale that Cincinnati’s Ronald McDonald House is on, it gets me kind of emotional to think about it. It’s all run on donations and that’s pretty crazy that people donate so much money AND time just to make sure that families like ours have a place that feels like home. It just takes away so much worry. It not only takes away worry from myself but for my parents and husband who are back at home. Everyone knows we are taken care of here. So thank you just doesn’t even cut it!” 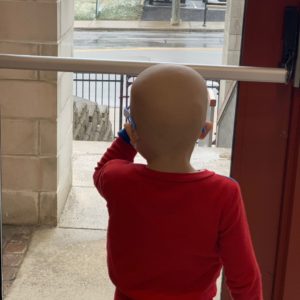 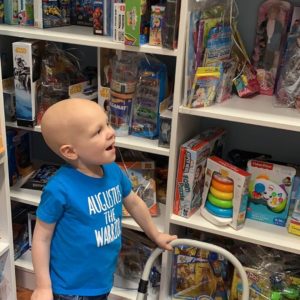 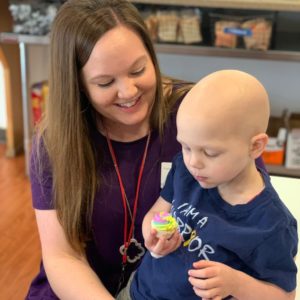 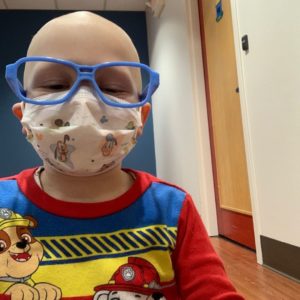 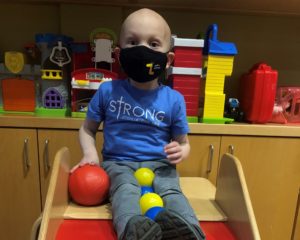