Our House Response to COVID-19.

Kayla went in for her two-year checkup in January of 2018. Because she has Autism, she has always walked on her toes. For this reason, doctors wanted to run a few tests on her. Her mom, Deanna, was devastated when the results of an MRI came back showing a mass on her kidney. She was admitted and had surgery to remove the tumor and her adrenal gland. The diagnostic results came back positive for neuroblastoma. However, they had removed all of the cancer and they were hoping to just have quarterly scans and no more cancer.

That was short-lived, unfortunately. The first few scans showed what appeared at first to be a birthmark. However, Deanna was worried and sought expert care at Cincinnati Children’s, not too far from their home in New Albany, IN. There, they discovered that Kayla had relapsed with neuroblastoma. The “birthmark” was not a birthmark, it was cancer. Kayla began treatment and has endured chemotherapy, radiation, two stem cell transplants and countless procedures since the summer of 2018. While she needed to be in Cincinnati for care, her family turned to our House for a place to call “home.” Deanna explained:

“My kid is autistic. With cancer. We are close enough that she can get care in a home-like setting. That has been huge, HUGE for development outside of cancer care. I mean, outside of life-saving care, it’s a quality of life. I believe this is by far her best quality of life being here in the House. Where she is also getting life-saving care next door. To be able to give her that and have some comforts and that she’s comfortable is huge. It means a lot. I’ve been lucky enough to be here, so I don’t want to imagine what life would be like without the House. I know for two, three weeks at a time what it’s like to live in the hospital and then get a break. But for months on end I don’t want to imagine what that would be like.”

While Kayla continued to receive treatment, they stayed just steps away in their room in our House. To Kayla, our House was home. She learned to walk again through our hallways, met new friends in our playrooms and knew right where to get a sucker or a sticker when she needs it. That peace of mind meant everything to her family. 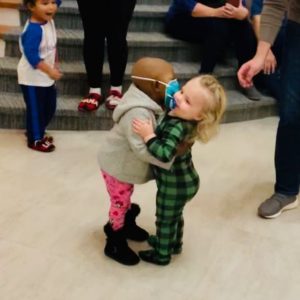 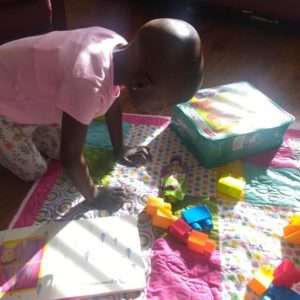 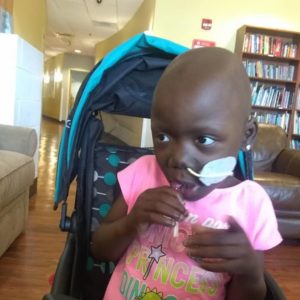 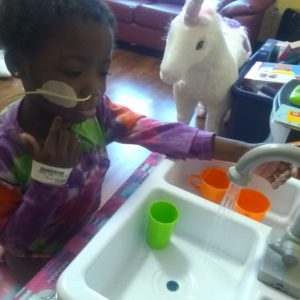 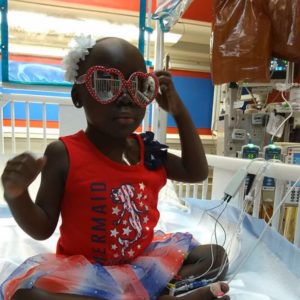 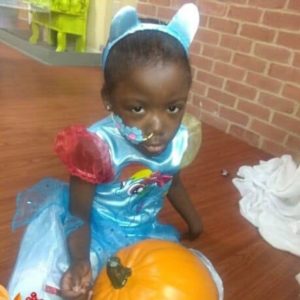 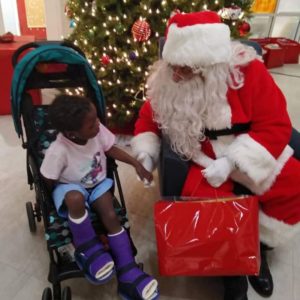